I admit: my work laptop machine is running a Windows 10 OS by default. But this does not prevent me running Linux in a Virtual Machine (VM). Each host platform has its benefits, and I don’t feel biased to one or the other, but I have started using Ubuntu more and more, simply because I have worked more on Embedded Linux projects. While I have used mostly Windows with Eclipse for NXP LPC, Kinetis and i.MX platforms in the past, I started using Ubuntu too from last year with the NXP MCUXpresso SDK. I did not find much documentation about this on the web, so I thought it might be a good idea to write a tutorial about it. So here we go…

END_OF_DOCUMENT_TOKEN_TO_BE_REPLACED

For a next-gen course I’m evaluating different platforms, and one of it are modules based on the NXP i.MX ARM architectures. In this article I have a look a the Variscite DART-6UL development kit which includes the NXP i.MX6Ultralite ARM Cortex-A7 plus a 7″ capacitive touch LCD: 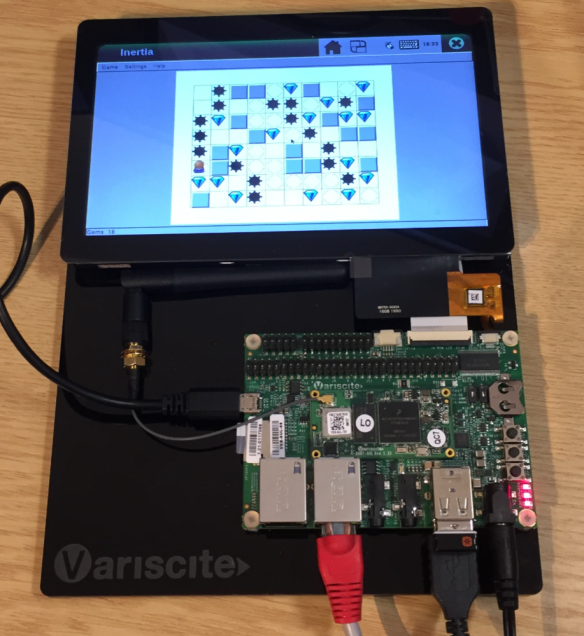 END_OF_DOCUMENT_TOKEN_TO_BE_REPLACED

An interesting trend in the industry are SOM (System on Module): a high performance processor typically running Linux, Windows or Android with all the memory and necessary power logic gets put on a small module. The key benefit is that I don’t need to worry about the complex ball grid routing and the DDR memory connections/lines: all these problems are solved on a small module which then I can use in my design. It seems that NXP i.MX application processors are getting popular in this domain, and after looking at the Toradex Colibri modules, I have an i.MX6 module on my desk from e-con Systems: 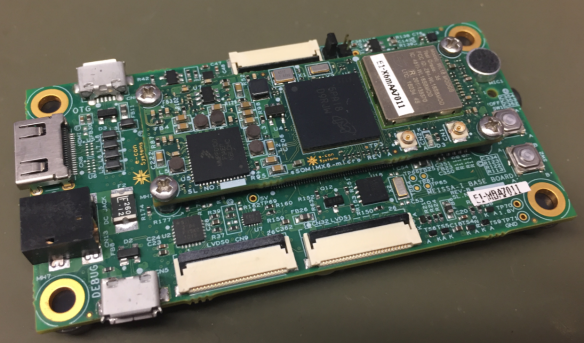 END_OF_DOCUMENT_TOKEN_TO_BE_REPLACED

The concept of Linux (Open Source, broad developer base and broad usage) is a success story. While there is a lot of diversity (and freedom) in the Linux world, Linux is Linux and again Linux :-). And the world has (mostly) standardized on Linux and its variants on the high embedded system side.

On the other side, the ‘middle and lower end’ Embedded world is fragmented and in many aspects proprietary. So it was no surprise to me when the Linux Foundation announced the ‘Zephyr’ project back in February 2016:

Ζεφυρος (Zephyros) is the Greek good of spring and the west wind. Obviously this inspired the logo for the Zephyr project:

END_OF_DOCUMENT_TOKEN_TO_BE_REPLACED

The Raspberry Pi is a versatile mini computer: as such I can use it with USB keyboard, mouse and HDMI LCD monitor. But having multiple keyboards and mouse on my desktop is not my thing: somehow I always grab the wrong one. So what I prefer is to run the Raspberry with VNC (Virtual Network Computing). That way I have the Linux GUI as a window on my normal desktop, and no messing up with keyboards and mouse 🙂 : 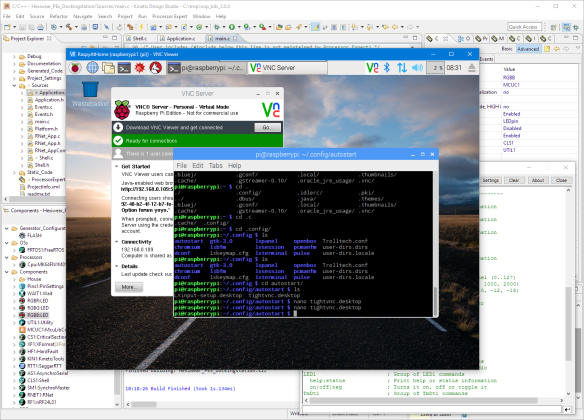 Raspberry Pi on my Dekstop

END_OF_DOCUMENT_TOKEN_TO_BE_REPLACED

For a university reasearch project I try to pair the Raspberry Pi 3 with a Mikroelektronika Hexiwear using BLE (Bluetooth Low Energy). Most of things worked after a lot of trial and error, but at a certain point I was stuck trying to write to send data from the Raspy to the BLE device.The Hexiwear BLE protocol description is very thin, so I ended up using a BLE sniffer to reverse engineer the protocol with Wireshark.

Hardware setup between Raspy and Hexiwear

END_OF_DOCUMENT_TOKEN_TO_BE_REPLACED

The Hexiwear (see “Hexiwear: Teardown of the Hackable ‘Do-Anything’ Device“) is a small and portable sensor node with built-in BLE (Bluetooth Low Energy) transceiver. In a research project we try to use multiple Hexiwear in a classroom environment and to collect sensor data on a Raspberry Pi. The Raspberry Pi 3 Model B running Linux has an on-board BLE transceiver too, so why not binding them (wirelessly) together? 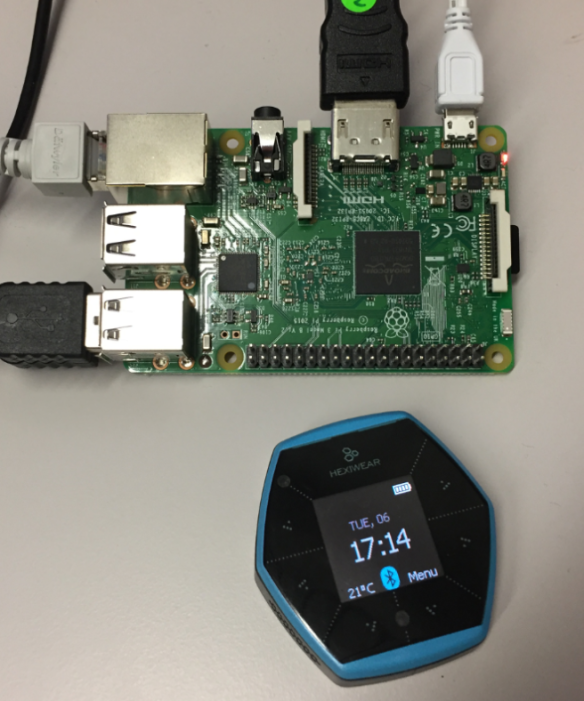 Well, things seemed easy at the beginning, and as always, there are many things to learn on a journey like this…

END_OF_DOCUMENT_TOKEN_TO_BE_REPLACED

My Toradex i.MX7Dual module comes with a preflashed Linux distribution (see “Tutorial: First Steps with NXP i.MX7 and Toradex Colibri Board“). As with any other things, Linux gets updated from time to time, and Toradex publishes new firmware. In this article I’m documenting how I can update Linux in the external FLASH on that module. 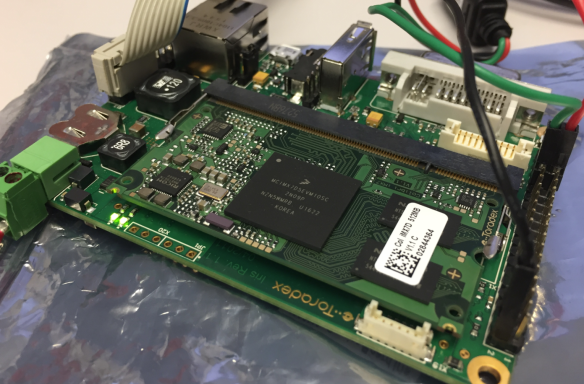 END_OF_DOCUMENT_TOKEN_TO_BE_REPLACED

I’m using in several projects different variants of Raspberry Pi boards: they are great and providing a lot of processing power. However, they are not suitable for any hard realtime systems. For a different class of projects I’m currently evaluating the NXP i.MX7 processors: the cool thing with these is that they have up to two ARM Cortex-A7 running at 1 GHz, plus a Cortex-M4 running at 200 MHz. And here things get really interesting: I can run a realtime application and FreeRTOS on that M4, while running Linux on the A7 :-).

i.MX7 on Colibri with Iris Carrier Board

END_OF_DOCUMENT_TOKEN_TO_BE_REPLACED

For my home automation project with openHAB I want to attach Freescale (now NXP) FRDM (Freedom) boards so they can take care about the realtime aspects and to act as gateways to my other systems. One way is to use USB CDC (Serial over USB) as communication channel. USB has the advantage that it powers the board, plus I can attach multiple devices: up to four on the Raspberry Pi 2 and even more with using a USB hub. In a standard configuration with a USB WiFi and a USB HID (mouse plus keyboard) dongle I still can attach two Freescale (ahem, NXP) Freedom boards to the Raspberry Pi: