There are different ways to ruin a Linux system. For the Raspberry Pi which uses a micro SD card as the storage device by default, it comes with two challenges:

For problem one I do I have a mitigation strategy (see “Log2Ram: Extending SD Card Lifetime for Raspberry Pi LoRaWAN Gateway“). Problem two can occur by user error (“you shall not turn it off without a sudo poweroff!”) or with the event of a power outage or black out. So for that problem I wanted to build a UPS for the Raspberry Pi. 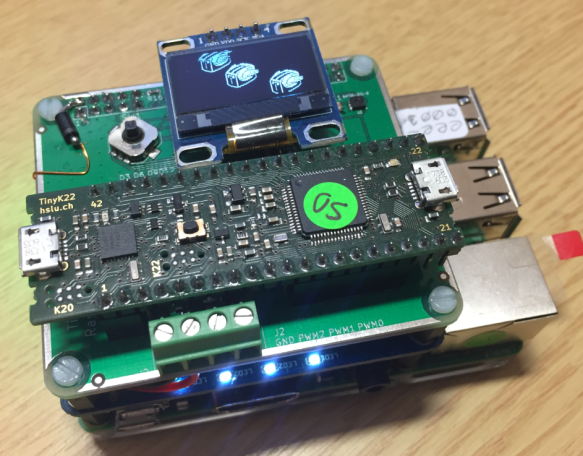 Black outs are rare in Switzerland, but they can happen during severe storms, and usually only lasts for a few minutes. I have running a LoRaWan Gateway (see “Contributing an IoT LoRaWAN Raspberry Pi RAK831 Gateway to The Things Network“) continuously. So I wanted to find a solution to cover for such a situation:

💡 A real UPS would be able to restart the Raspberry Pi after after a shutdown. As this is not my primary use case, this is not implemented.

I have found on AliExpress a HAT board with a 1500 mA LiPo battery:

There is not much documentation about it available, except a description on http://www.raspberrypiwiki.com/index.php/Raspi_UPS_HAT_Board

There are no schematics, but I Simon (https://brousant.nl/jm3/elektronica/104-geekworm-ups-for-raspberry-pi) has reverse engineered the board:

The board includes a step-up converter plus the Maxim 17048 battery charge status device, connected to the I²C bus.

At two lecture modules at the Lucerne University we are using a HAT on top of the Raspberry Pi, running with a NXP Kinetis K22 (tinyK22). The microcontroller is connected to the I²C bus of the Raspberry Pi. Below is the Rev3 schematics (we are using the Rev4 already), and for next semester we plan for a Rev5 with more features. 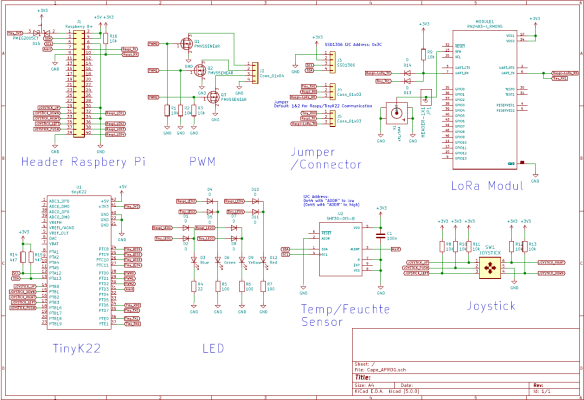 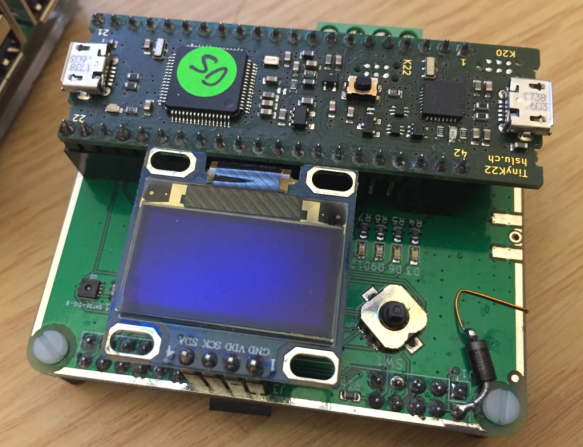 With the wiringPi libraries installed, the

produces a nice pin map of the Raspberry Pi header:

I can verify the version. I have the V2.50 version installed:

For the Raspberry Pi exists the concept of ‘overlay’ commands. From the documentation:

With this Pin it can be signalled that the shutdown of the Linux system is completed.

There is another pin overlay to trigger a power down:

The overlays get specified in ‘/boot/config.txt’:

and I have following added to it:

With this I can use Pin 4 to request a power down and Pin 21 goes to HIGH after the power down.

The tinyK22 HAT has another feature: it acts as a USB-2-UART bridge between the Raspberry Pi. For this the NXP K22 reads and writes to the UART connected to the Raspberry Pi and interfaces with the Host PC using the OpenSDA USB CDC bridge.

To enable the boot login console on the Raspberry Pi, add the following line to the ‘/boot/config.txt’:

With this I have a login console to the Raspberry Pi, very useful if there is no Ethernet or WLAN configured:

The firmware is written in C with FreeRTOS running and using the NXP MCUXpresso IDE and MCUXpresso SDK:

The HAT includes a socket for a SSD1306 I²C display (128×64 pixels). The application uses the LittevGL open source GUI with buttons, menus and graphs: 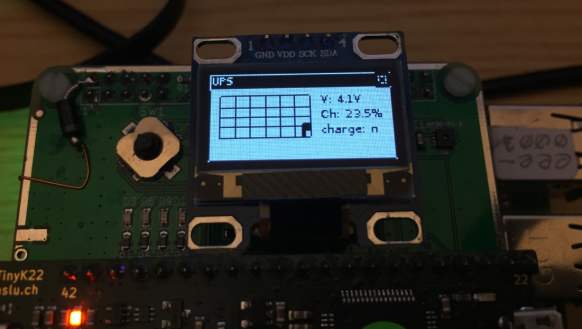 Battery Voltage and State of Charge

The HAT includes the SHT31 temperature and humidity sensor:

With the menu and dialog a power down can be requested:

If the battery voltage indicates a discharging and the state of charge goes below 20%, the tinyK22 will automatically request a power down of the Raspberry Pi.

And yes: the firmware even includes the ‘Flying Toaster‘ screensaver 🙂 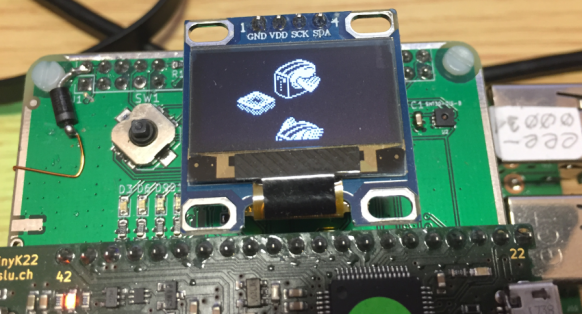 I have now a way to cover for a short power out, and the 1500 mA lasts for about one hour. With the tinyK22 (NXP Kinetis K22FN512) I have user interface and OLED display to monitor the battery status and the other sensors, and the tinyK22 can properly power down the Linux system. In case of a power outage, the tinyK22 monitors the battery state of charge and can power down the Raspberry when the battery charge goes down too much. Currently it is not yet a true UPS as the tinyK22 is not able to automatically start the Raspberry Pi after a shutdown. But this is something which shall be supported in the next revision of the board.

You can find the Eclipse/MCUXpresso project sources on GitHub.