NXP has just released the 10.2.1 update of their flagship Eclipse based IDE. While the number increase from 10.2.0 to 10.2.1 indicates a minor release, there are a several things which make me move over to that new release. 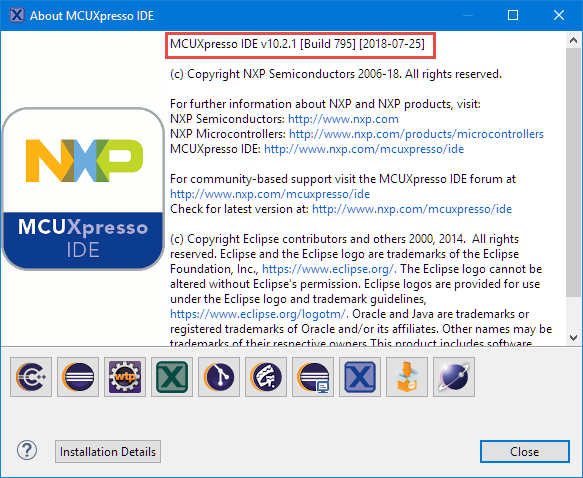 For a detailed change list, see https://community.nxp.com/community/mcuxpresso/mcuxpresso-ide/blog/2018/07/27/mcuxpresso-ide-v1021-now-available. Below are a few items from it which I think are worth special mention.

💡 No need to uninstall the previous version(s). Make sure you *always* install it into a new folder. Never ‘overinstall’ a new Eclipse IDE over an existing one: bad and strange things might happen!

Using the LinkServer (aka LPC-Link2) debug connection, I can choose what shall happen if I do ‘terminate’ (red square/stop button) of the debug session:

The FreeRTOS plugins have been updated to v1.0.6 (20180731518) which fixes a few problems. For example the ‘pause’ button works in the case I restart the debug session properly, so I can ‘unpause’ the view.

Additionally it fixes issues with FreeRTOS heap recognition reported in the community forum. The MCUXpresso IDE now describes how the heap scheme is determined:

The console log is now showing how the heap memory type has been identified:

Make sure you include freertos_tasks_c_additions.h by setting

in FreeRTOSConfig.h and verify that the proper heap type is set in that structure: 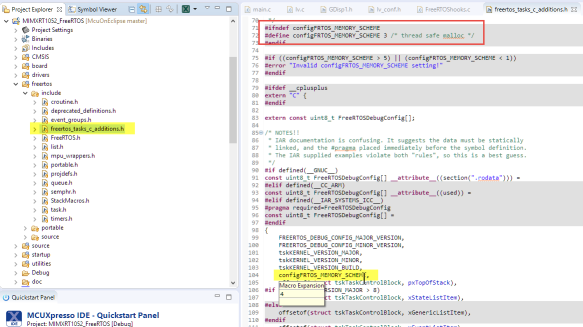 With a Linkserver connection, I can now change the ARM core pseudo registers. This is especially useful during debugging for example to enable/disable interrupts: 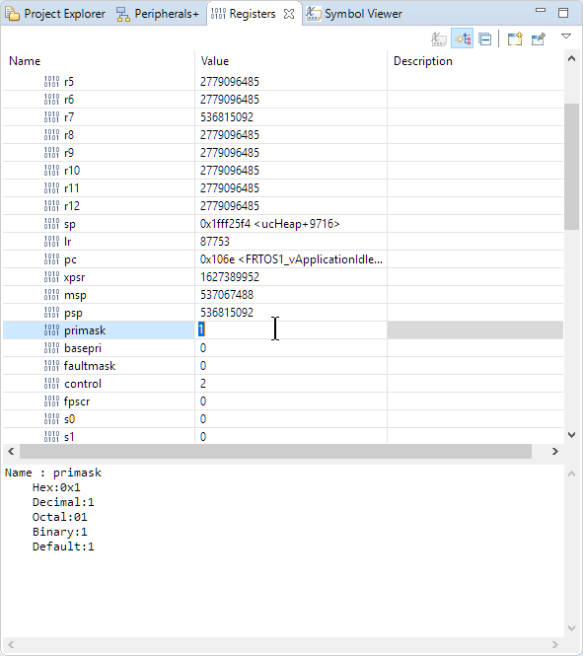 The approach described in “Using a Custom Debug Perspective in Eclipse” is now working again with the new IDE:

While this is a minor update, it comes with several good improvements and enhancements worthwhile for me. I started to use that version instead of 10.2.1 for my projects, and that is going fine so far. Otherwise I’ll keep you posted 😉