The new semester is approaching fast! And I’m under pressure to get everything lined up and ready. This time, I want the students of the INTRO (Infotronic) course at the Lucerne University of Applied Sciences and Arts to have some fun with building and programming Mini-Sumo Robots 🙂 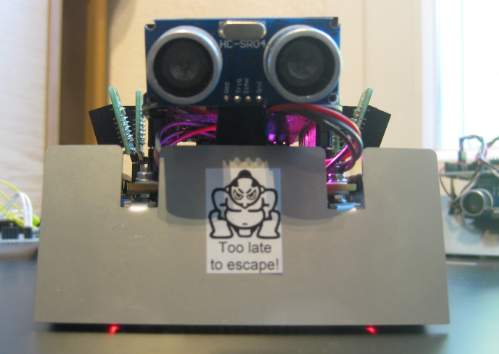 No chance to escape!

From the earlier revision 2.1 things have been evolved a bit. On the right bottom the first Zumo robot, top Rev 2.1 and left the new Rev 2.9: 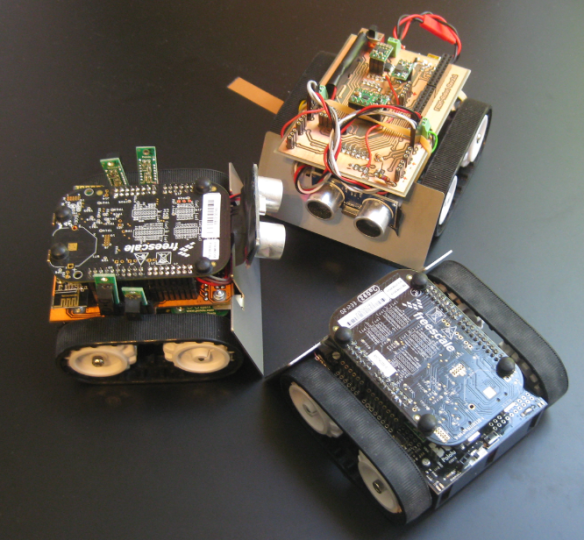 The new one is Rev 2.9 and has new features, and things are better arranged: 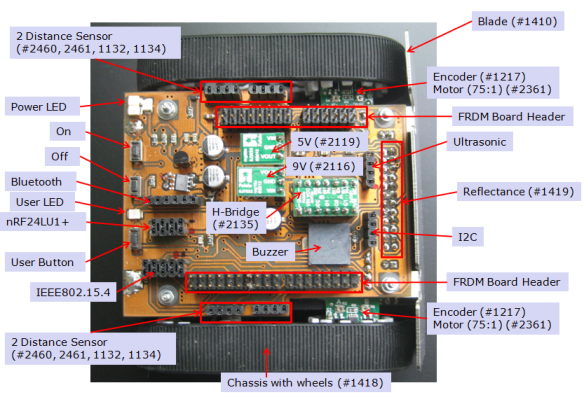 The above picture has the Pololu part numbers listed.

It is using a modular concept, where different sensors and modules can be added:

As a special feature, multiple wireless modules can be plugged into the board: 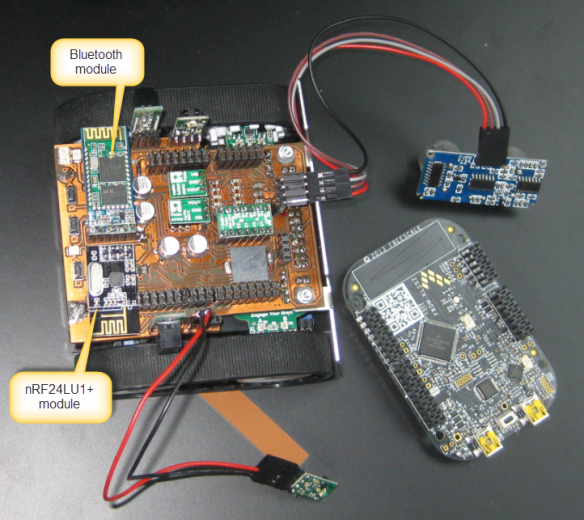 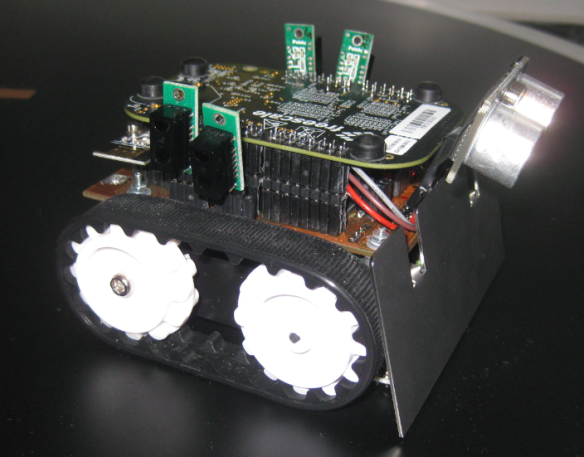 INTRO Zumo Robot Side View, two proximity sensors on each side 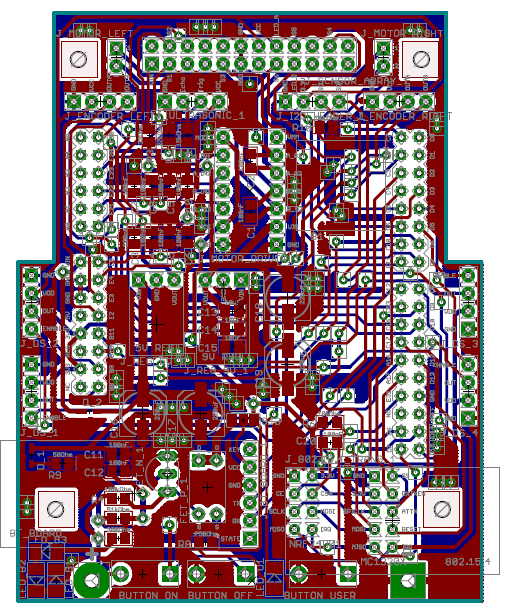 In the following video, one robot uses the proximity sensors on the side:

As you can see in the video, the strategy might not succeed in the first attempt, but gives an advantage to win the combat 🙂

I’m using the front ultrasonic sensor to find the other robot, but that algorithm is not solid yet.

I’m very happy with the new robot :-). V3.0 will have some minor improvements:

Students will be able to build and assembly the robots hopefully without issues, and the SMD components are as such that things are not that hard to populate.

Rev. 3.0 is planned to put into production soon, and this time the PCB will be manufactured outside. That way it will have nice PCB silkscreen and solderstop mask :-).

PS: Many thanks to Andreas Albisser who worked hard to make the new INTRO Zumo Robot hardware possible!