I have used E-Ink displays in projects three years ago, but from that time the technology has greatly evolved. That time displays were hard to get, expensive and difficult to use. Now things seem to change with e-ink displays available to the maker market :-). I’m able to get a 128×296 pixel e-paper display for $10! And for little more money I can have displays with black/white/red colors!

When I have built the Squix WiFi weather station (see SQUIX ESP8266 based E-Paper WiFi Weather Station), I realized that this display is from Waveshare Electronics.

Waveshare is a kind of reseller, and they do not seem to manufacture these displays. I have ordered 2.9″ display modules and breakout boards from DX.com (but they are available from many other sellers too).

On the bottom two displays with black/white as used in the weather station. The top two ones are interesting as they can display black, white and red. As seen on the right display, even a ‘grayscale’ or ‘red-scale’ is possible!

Ben Krasnov featured a very good video how these display work: basically a voltage is applied to the pixel cells, driving the color particles in a fluid either to move towards the front or back of the display. The video of Ben Krasnov explains this concept very well.

We have put the displays under a high-resolution microscope (thanks to Christian Di B. for introducing me to that equipment!), and it is possible to see the particles!

The images below are from the ‘black and white’ display:

Here a text written on the display. The character white lines are two pixels wide: 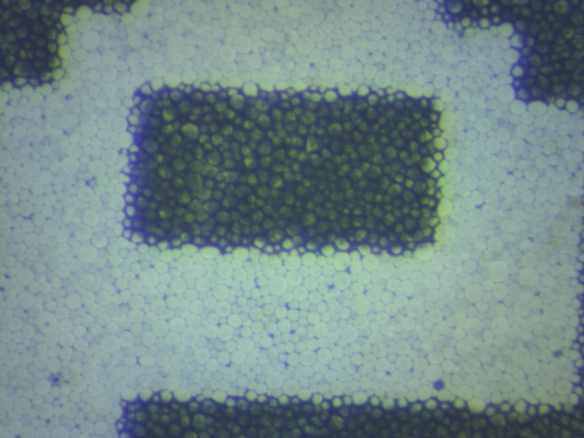 Below the corner of a black pixel surrounded by white particles:

To give an idea of a pixel size and how many particles build it, here a row of black and white pixels: 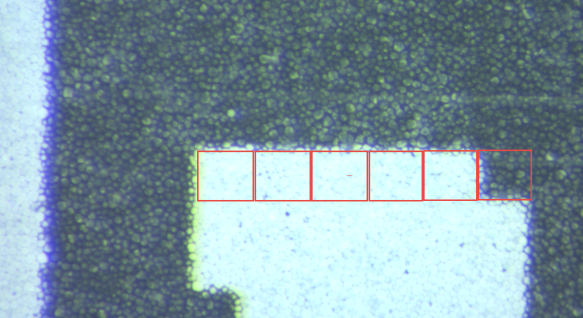 Row of Black and White Pixels

The top of the display is covered with kind of anti-glare material. If you know the Kindle reader: this makes the surface very smooth and avoids reflections. Here an image zoomed above the pixels (one pixel lines) showing that it contains some kind of colored particles. I’m not exactly sure what they are.

Here a detail of one pixel lines, showing the maximum possible pixel area:

On the front of the display I can find the ‘Chip-On-Glass’ display controller.

It is a piece of silicon put on the glass. The cool thing is that it is visible from the backside through the glass plate: 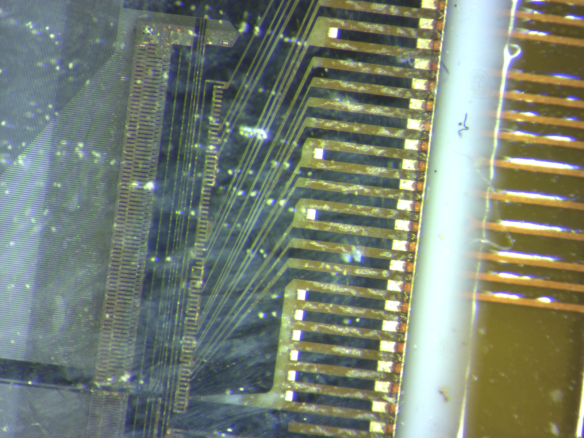 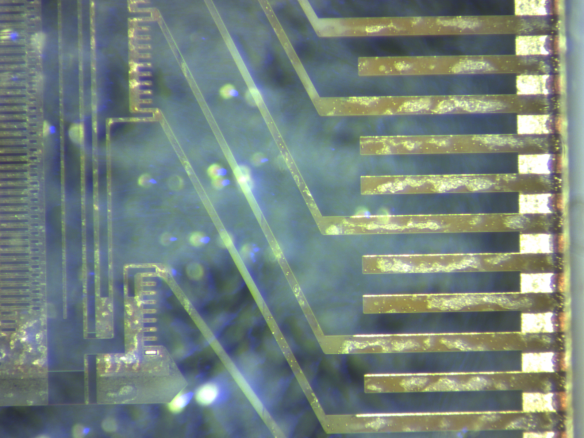 Actually the backside of the glass is covered with silicon structures which are responsible for each pixel charge. Here an image of the traces to the pixels:

Each pixel is formed by a silicon structure which is responsible to generate the voltage:

The funny thing is that the image on the front is visible from the back.Here is an area from the front side:

Here is how it looks from the back side:

below a detail of the pixel border area:

While the black/white display is interesting, the three color (black, white, red) is even more fascinating.

As shown in the two pictures below, the red-black-white one has a less white color:

it is even possible to have different levels of color scale: 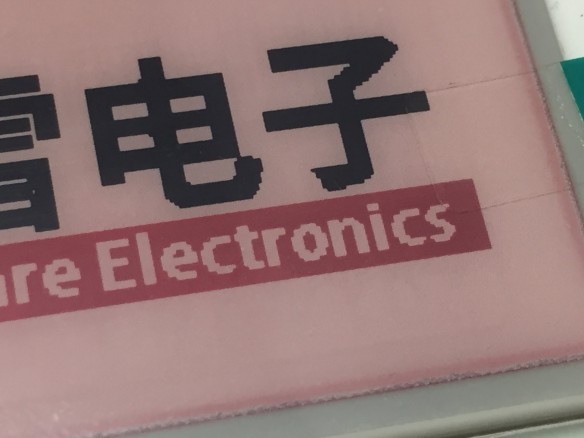 The surface is covered with an anti-glare too:

The difference in ‘whiteness’ compared with the B/W display seems to be caused by that honey comb structure in the display:

The above image is from the different ‘redscale’ image: the ‘white’ areas still have some red particles in it. The honeycomb structure does not align with the pixels:

The interesting part is that the color particles on the 3-color display seem to be much smaller: the ‘grains’ are not easily identifiable, many more build a single pixel.

On the backside there is a similar structure to charge each pixel. Compared to the B/W version, the image on the front is much less visible on the backside: 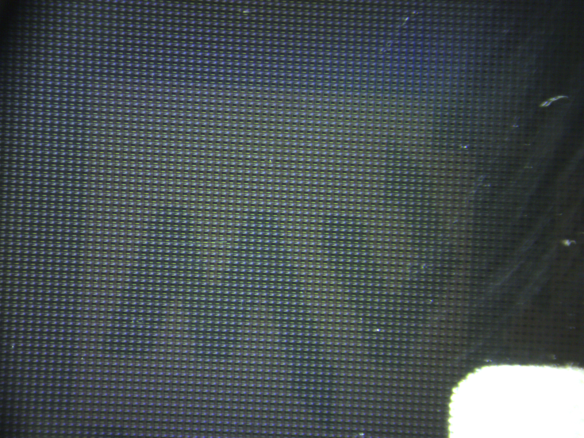 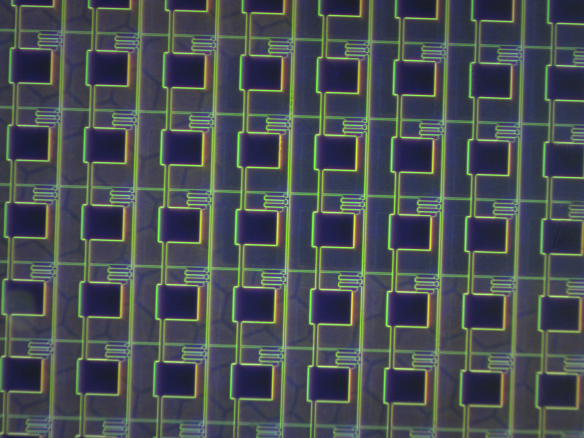 E-Ink displays are fascinating, and there are interesting details and differences. I have the display drivers working for both kind of displays running with the tinyK20, an ARM Cortex-M4 (NXP Kinetis K20, 50 MHz with 16 KByte of RAM).

And I have my favorite cartoon running on the displays already :-).

I’m working on optimizing the display driver so it can be used with Processor Expert. But that’s likely a topic for another article.