The company Feller sells a wall mountable ‘Smart Light Control’: this provides 4 push buttons compatible with the Philips Hue system (on, off, dimming, etc). Unlike many other remote controls and buttons it is a great design and available in different colors. Feller does have a ‘classic’ wall switch series too, so this one is perfect to replace or augment an existing installation and make it ‘smart’. 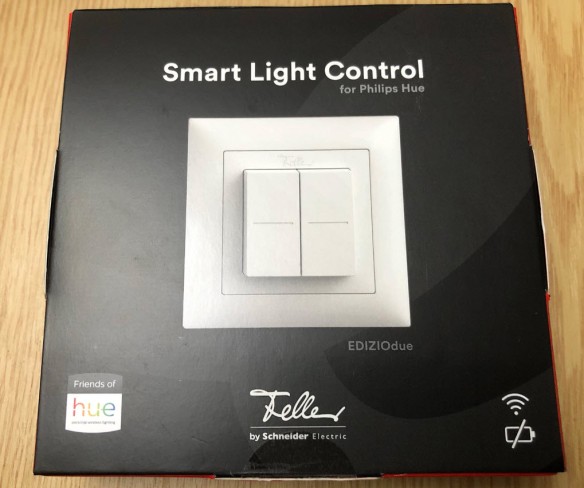 Another cool feature is that it is a ‘battery-less’ switch using EnOcean Energy Harvesting: the energy to transmit a wireless message is generated by the push itself: so no need to replace batteries after a few months or years.

Why doing this? It is part of my ongoing project to update and upgrade a bathroom (see Building a DIY High Density Philips Hue LED Stripe), so more to come probably over the next weeks.

I intended to use the Feller switch as a replacement for a ‘classic’ switch. However it came as a version to mount *on* the wall using adhesive stripes or mount it on top of the wall, but not as replacement for an existing switch :-(. 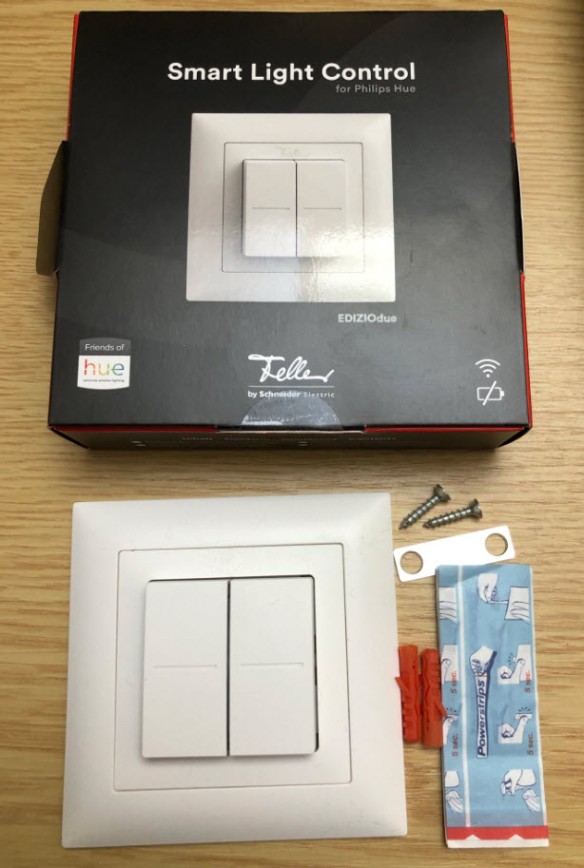 What is missing is a mounting bracket or ‘bridge’ which I have found out later: they sell this as an extra for around $10: just a piece of plastic with 4 screws 😦 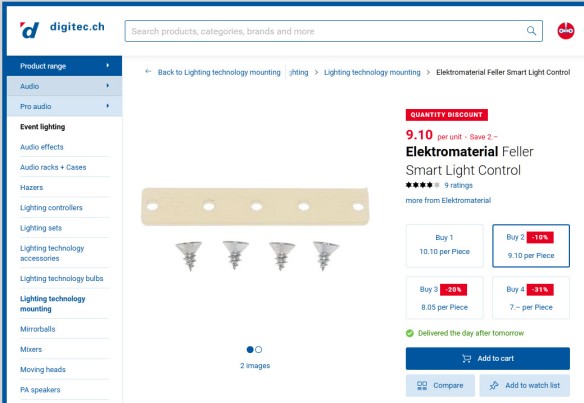 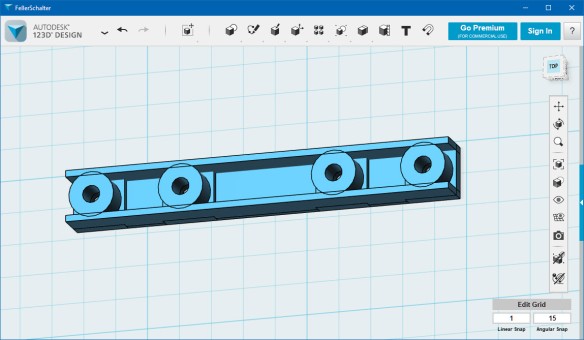 You can find the files on Thingiverse. Printing a single bridge only takes around 10 minutes. 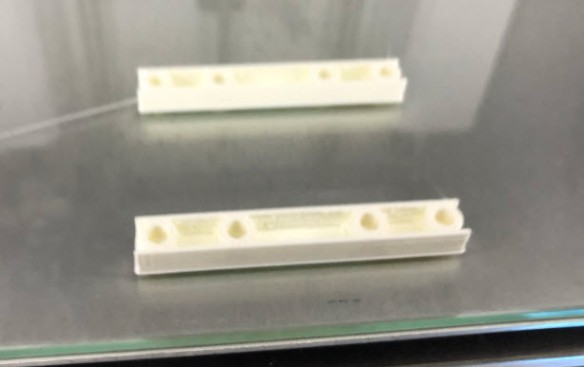 Carefully remove the covers of the switches:

Then take out the inner part with the electronics: 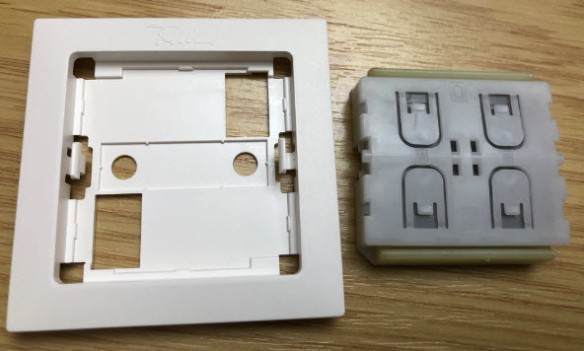 WARNING: 230 Volts are dangerous!!!!!! Leave this to someone authorized dealing with electrical installations!

Have the old switch removed. Keep the Feller aluminum bracket or use a new one. 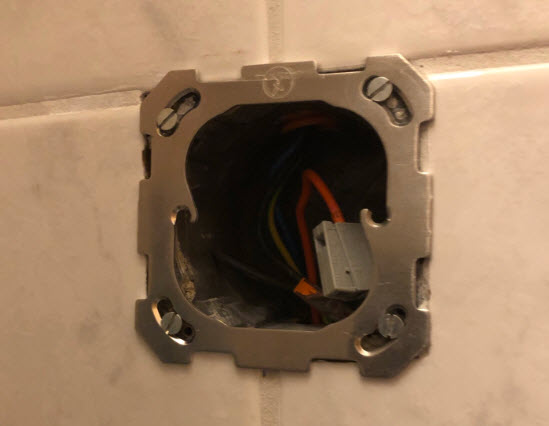 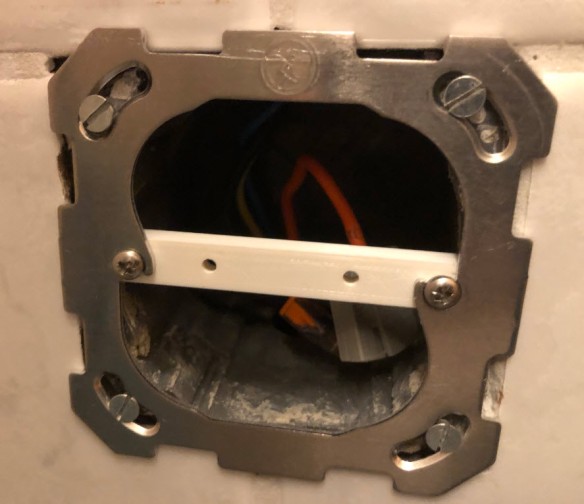 Using the two screws provided in the package, mount the cover on top of it: 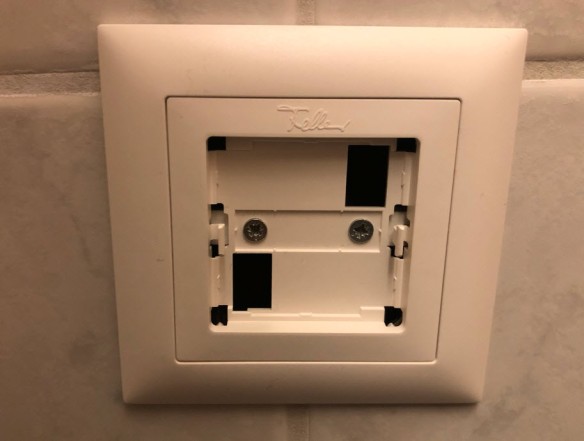 Then click-in the electronics board (check the marker with ‘up’ on the back): 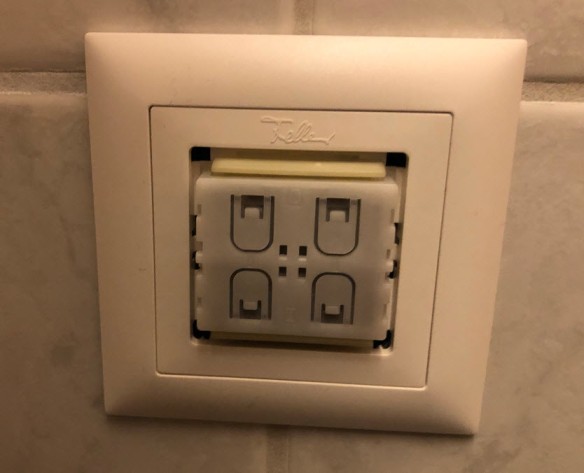 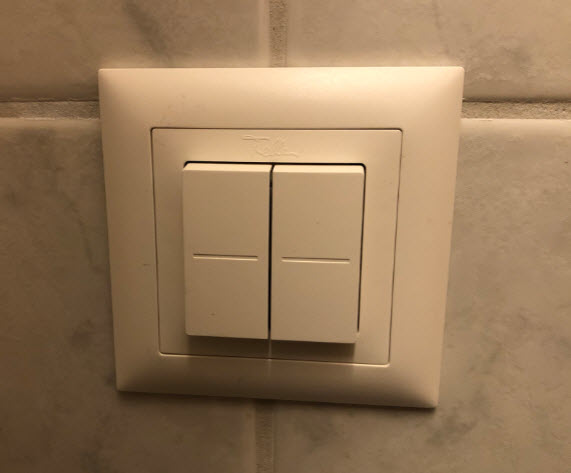 That’s it! With this I have replaced my classic switch with an intelligent battery-less switch.