The NXP LPC55S69-EVK is a versatile board. In this article I show how it can be used with Adafruit TFT LCD boards, both with resistive and capacitive touch. For the software I’m using the open source LittlevGL GUI. 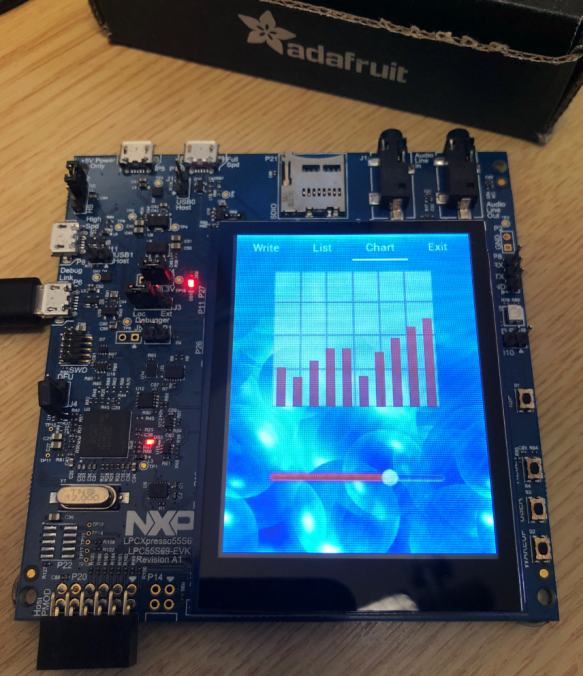 An example project with all the files is available on GitHub (see links section at the end of this article). The software is configured to use the capacitive or resistive touch display. I recommend using the capacitive touch version, as the touch is much more accurate and there is no need for manual calibration.

The Adafruit board includes a micro-SD card slot on the back:

Adafruit ILI9341 Board Bottom Side (original board)

To use the board with the LPC55S69-EVK, the jumpers 11, 12 and 13 for the SPI bus have to be closed with solder, and the three jumper traces on the right have to be cut with a sharp knife:

For the analog touch display version, no hardware modification is required. 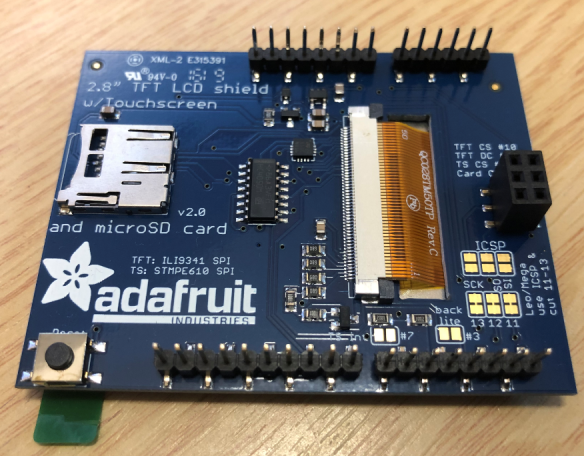 To verify the signals with a logic analyzer, the first version of the software has been developed with a ‘free wire’ connection:

The board can be used with the Adafruit Feather LCD board too:

As IDE, the NXP MCUXpresso IDE is used. 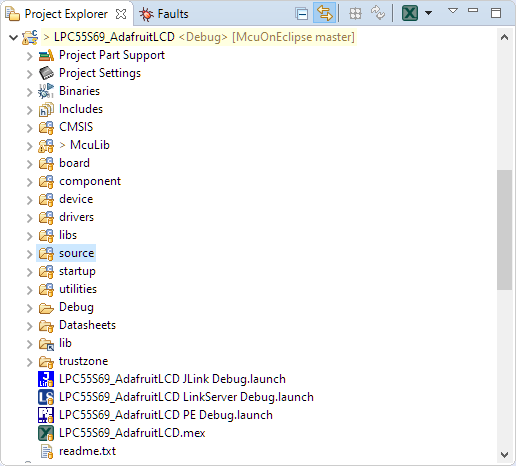 The project includes support both for the capacitive touch and resistive touch display:

Using settings in platform.h, the software and drivers can be turned on or off:

The project includes a command line (Shell) interface to configure and inspect the display and drivers. The default communication way is using SEGGER RTT:

The application on GitHub includes a few demos, including how to use the LittlevGL list widgets or the on-screen keyboard control:

The picture below shows the on-screen keyboard: 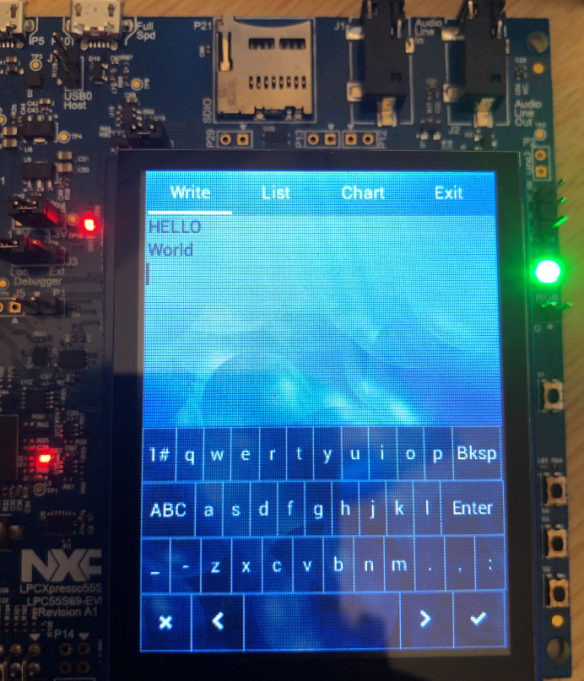 The Adafruit ILI9341 based touch displays are a great and easy way to extend a board like the NXP LPC55S69 with a state-of-the art open source GUI library. The project presented here supports both the capacitive and resistive touch displays from Adafruit.