Percepio has recently released the v2.7 version of Tracealyzer. This is a major upgrade from the v2.6 version which I have used so far: time to upgrade my Trace component for FreeRTOS to the latest and greatest v2.7!

The trace viewer is now available on Linux through Mono, an open source .NET framework supported by most Linux distributions. I have not tried it on Linux yet, but this is for sure great news for anyone using Linux. If you are using the v2.7.0 trace library/components, you have to update the host trace viewer to the latest version which is available for download from the Percepio web site. 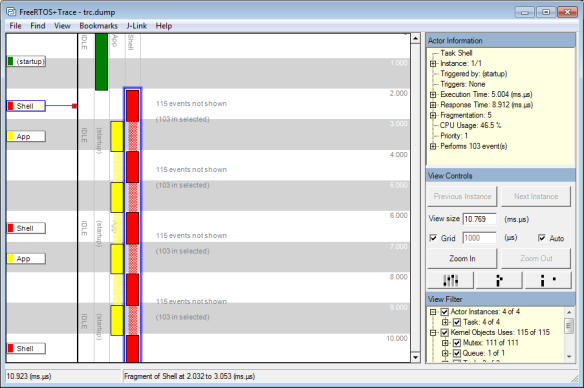 The new version v2.7 has a new event viewer which shows the events in textual form. That view has powerful filtering capabilities, and data can be exported as text file:

💡 Time stamps can be shown or hidden with the Formatting menu item. That setting is used for the exporting to text files too. That way I can compare two different program traces either with or without time stamp information.

A really cool feature is the ability to trace the memory calls:

To trace the memory allocation/deallocation events, I have to enable that corresponding property in the RTOS trace component: 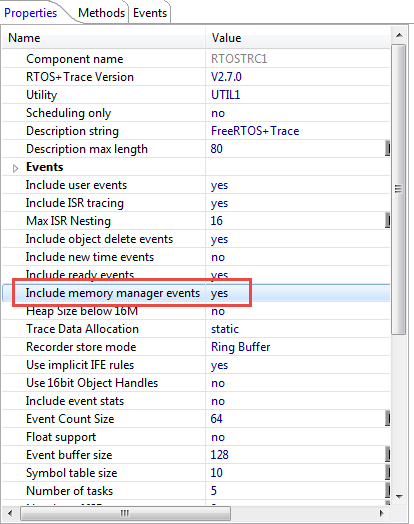 With the Memory Heap Utilization view, I can follow the memory heap usage over time. This already helped me to find and fix a memory leak in one my application code :-). 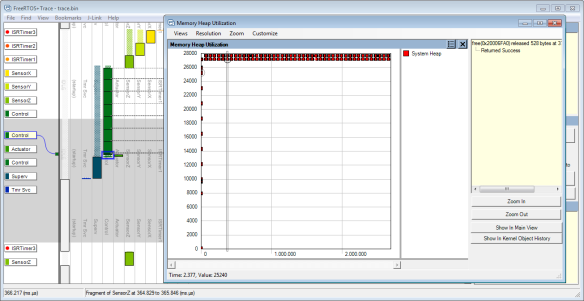 The default operation mode with tracing is

💡 If using a Segger J-Link, then things are even easier, as the Tracealyzer application can directly talk to the device using the Segger J-Link connection which is an outstanding feature.

To dump the trace data with GDB, I can use the following GDB command line:

As it is not easy calculate start and end address, I have added a new function

which generates the command line for me: