FreeRTOS is probably the most popular RTOS used and I love it: it is efficient, has a lot of features, simple and easy to use. But despite its popularity, debugging it with open source tools as with Eclipse and GDB is really not that user-friendly: debugging threads/tasks is a pain compared to commercial solutions. For my university classes this semester I was looking for something easy to use by my students. Finally I managed to use a GDB helper which makes things easier now: I can switch task threads in Eclipse with GDB now 🙂 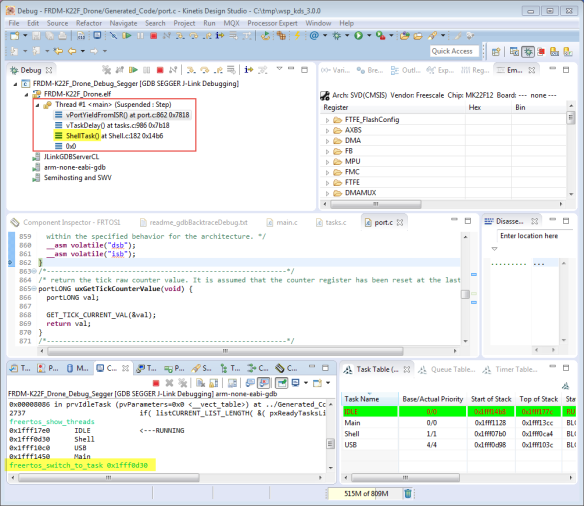 The problem is: when I stop my running FreeRTOS application, it is very likely that it stops in the IDLE task, and only that idle task is shown in the Debug view: 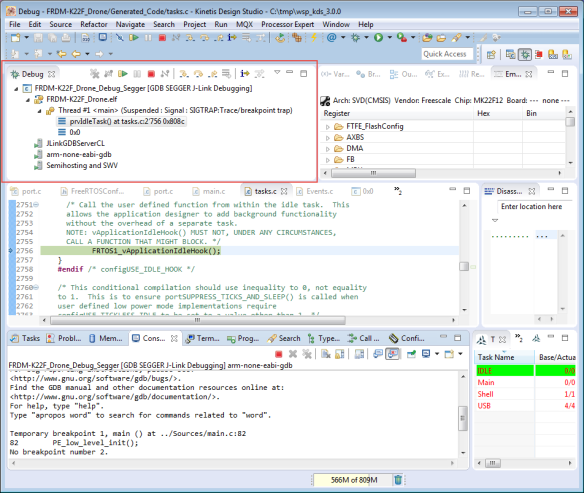 What I need is an easy way to inspect the other tasks/stacks.

There are two plugins I’m aware of which ease the debugging with FreeRTOS in Eclipse:

I searched the internet for something what would help me to see the task stacks/threads, and have found a cool contribution in the FreeRTOS community under contributed ports: it is an excellent example how GDB commands can be used to customize debugging :-).

The approach has two parts:

The GDB script is using/setting variables which are then used by the GDB script to switch context. That’s actually a really cool idea, and I got that approach working quickly.

To make it even easier to use, I have integrated that approach into the FreeRTOS Processor Expert component. So with a simple setting I can turn on that custom handler: 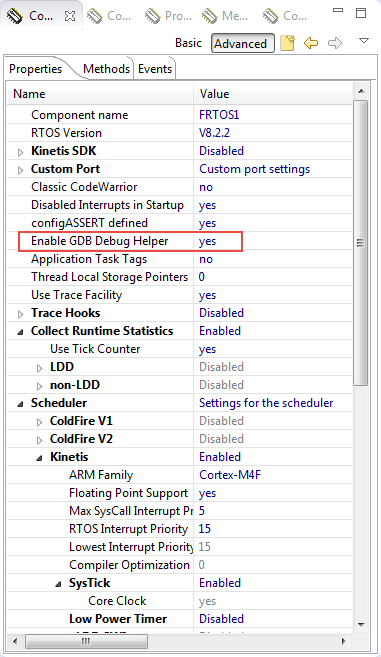 That setting turns on a custom FreeRTOS configuration I have added to FreeRTOSConfig.h:

15 thoughts on “FreeRTOS ARM Thread Debugging with Eclipse and GDB”