Readers of my blog know: I’m not a fan of printf(), and I think for many good reasons. Still printf() is widely used, and the GNU gcc tries to optimize things. This is observed with a simple example: If I’m writing

Instead of calling printf(), it is calling putchar()! Why is that?

PutChar instead of Printf

The reason is that the gcc compiler tries to optimize things as much as possible. In case of using printf() for a single character, it replaces it with a call to putchar() wich is much more efficient and smaller.

The following articles describes many of the optimizations performed by gcc: http://www.ciselant.de/projects/gcc_printf/gcc_printf.html

than gcc will use printf():

So depending on what the compiler is able to optimize, other low-level functions will be used. If using semihosting or custom low-level I/O libraries that might cause linker error with missing functions.

If using the GNU ARM Eclipse plugins, there is a check box for that option in the project settings: 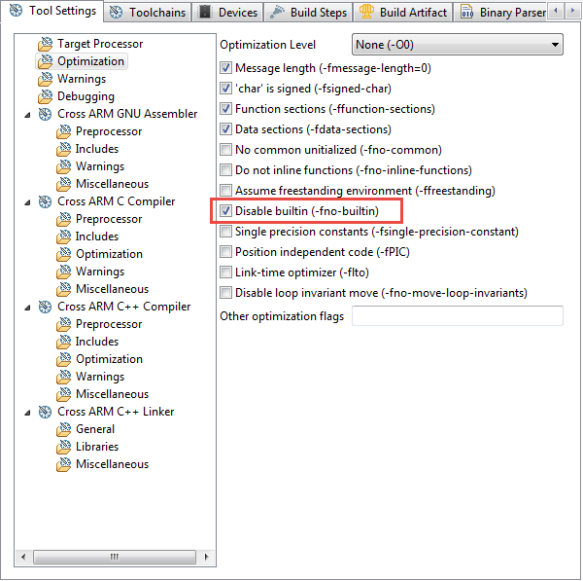 with that option set, printf("a") will use printf():