Eclipse has a great user interface (UI). But what if I want to do things from the command line, without the GUI? For example to build one or more projects in the workspace without using the Eclipse UI? With this, I can do automated check-outs and do automated builds. 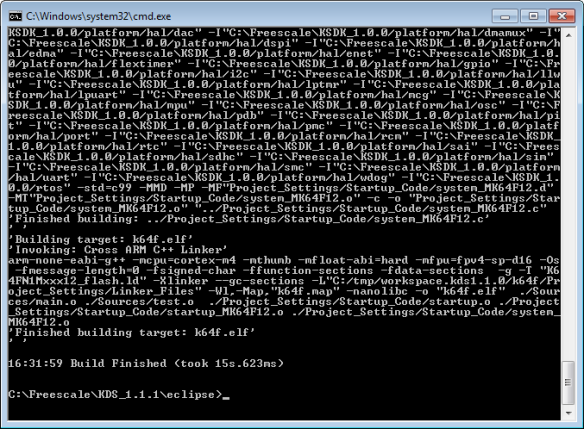 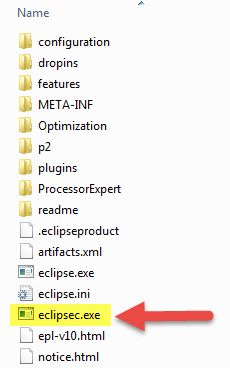 The options of this command line version (for Eclipse Kepler) are described here:

will launch Eclipse without splash screen (-nosplash), uses the –application command to load the managed make builder (which is used to build projects), with -data I specify the workspace to be used, and with the -build command it will the project k64f.

Now it could be that things still fail. This is typically because –launcher.ini option is missing which should point to the eclipse .ini file which located in the same folder as eclipsec. For example for Kinetis Design Studio the call could look like this:

27 thoughts on “Building Projects with Eclipse from the Command Line”