I’m very, very proud about what the FSE (Formula Student Electric) team accomplished! After winning the overall 1st place in Silverstone (UK), the overall 2nd place in Hockenheim (Germany), they managed to win the Formula Student event in Spielberg (Austria) too 🙂 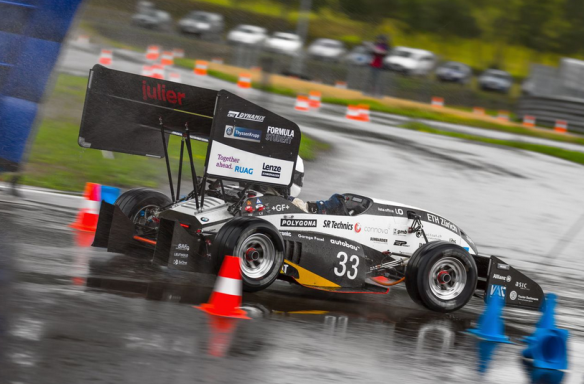 With forty teams competing in the Red Bull Ring in Spielberg this formula student event is a smaller one. Nevertheless, the top teams from twelve nations are meeting and competing. The event is a ‘mixed’ event: electrical and combustion cars are showing their performance in this engineering competition. 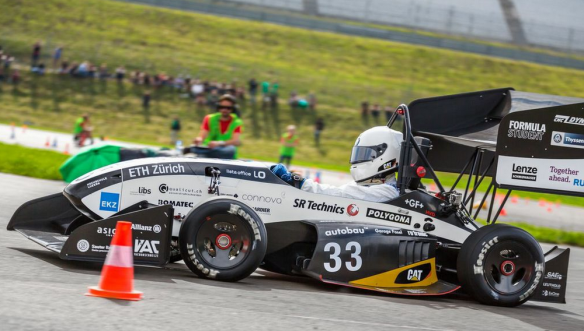 ‘Our’ students are organized as AMZ (Academic Motorsports Club Zurich), formed with students from the ETH Zurich and the University of Applied Sciences Lucerne.

As always in race events, a portion of luck is needed. And not only the race itself counts for points: it is design, business presentation and engineering quality. But I think what makes the car of this year even better is that we learned from the earlier years, especially in the area of maintainability and reliability. For sure this care is not built to run for years, but must show the performance and dependability during a race season. And as always, there are things which can be improved in next year’s car ;-).

Detailed information in the AMZ press release or on the AMZ team web page. 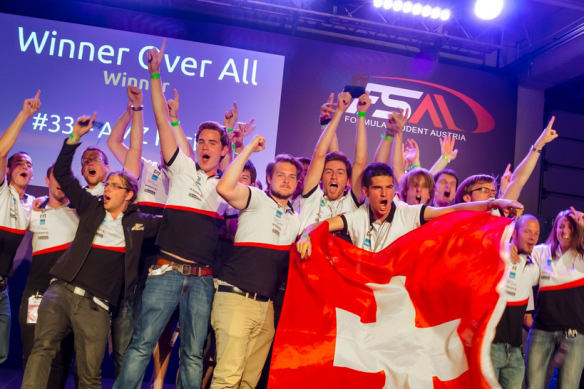 Winner Over All AMZ in Spielberg (Daniel Muusers)

PS: It is really the students team accomplishment. I only have the honor to mentor and to ask painful questions ;-).