Low and Slow as they say in Texas. This year I wanted to finish the BBQ Smoker season with something special: a BBQ Smoked Veal Brisket 🙂 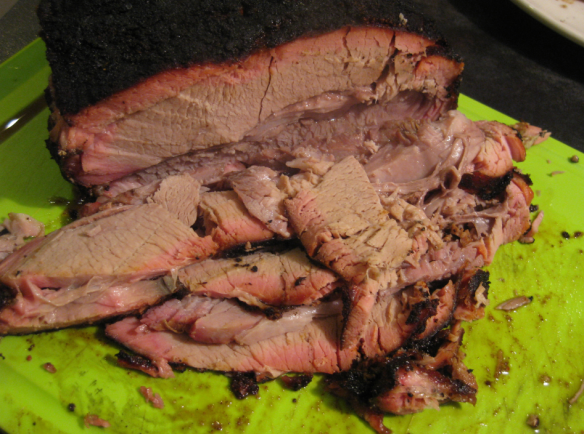 I had ordered a 3 kg (around 7 pounds) veal brisket from my local butcher: an excellent piece of meat:

I have salted it the day before on both sides with about half of a tea-spoon salt per pound, then folded it together. 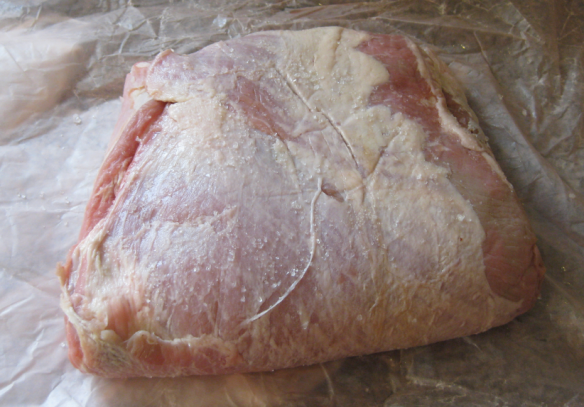 I plan to smoke it folded that way to have it thicker and to avoid that it dries out. Then I had put it back into the fridge to rest over night.

Fired up the smoker at 05:45 am, and put my dry rub (garlic powder, onion powder, red pepper powder and brown sugar) on it:

One hour later at 06:45, put the veal brisket into the smoker 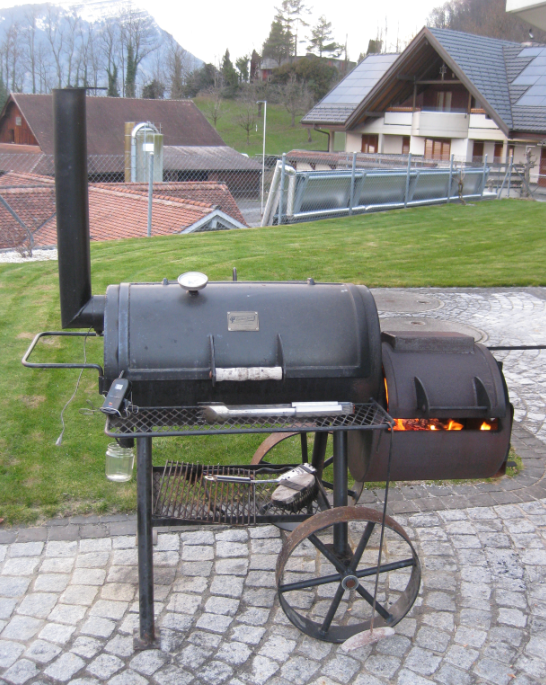 I’m using Beech wood this time, with the bark removed.

After three hours, the brisket reached a core temperature of 66°C: 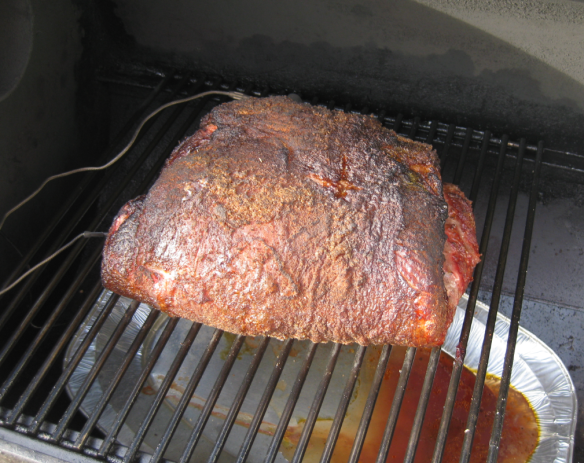 Quick check after 4 hours, with a temperature of 73°C:

Here a shot after smoking it for 6 hours. It reached an internal temperature of 77°C at that time.

After 8 hours, reaching a core temperature of 81°C: 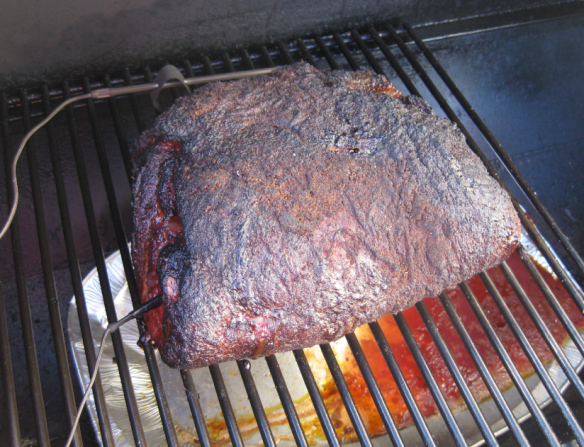 Finally, after 10 hours in the smoker, the brisket reached 87°C. It had a nice black bark on it:

Then wrapped into aluminium foil and put into an isolated box so it can rest the next 1-2 hours. I have kept the temperature sensor attached so I can continue monitoring the temperature:

Wrapped in Foil and put into a cooler box

The temperature increased very nicely up to 87°C when I took it out of the smoker. It increased a bit in the cooler, but then remained stable:

After resting the brisket for two hours, time to check it: 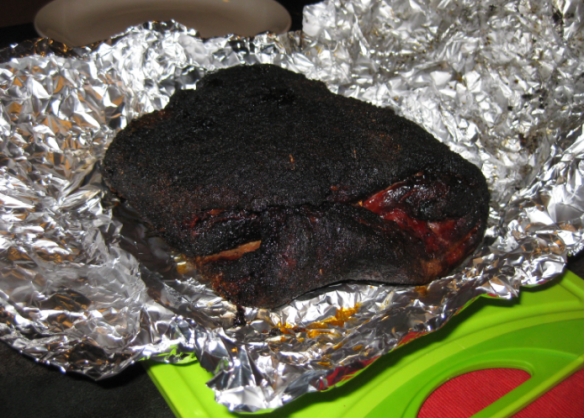 The bark had softened a bit, but overall very few juices have left the brisket, a very good sign. 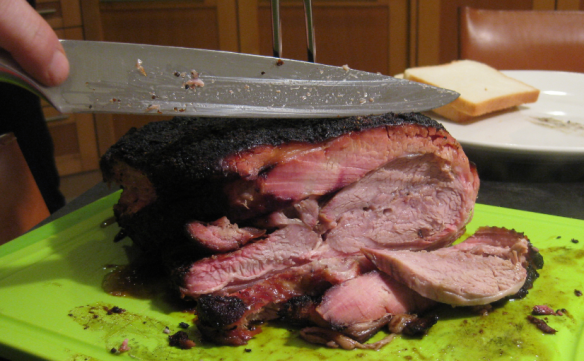 Very juicy and tender, the meat was nearly falling apart, with a nice smoke ring:

At the end, there was still a bunch left which we pulled: so we will have for brisket sandwiches tomorrow too 🙂

Using veal for brisket instead of normal beef has very well paid off. It was not any different from using beef, except that the brisket was thinner. I think that the idea to fold it to a thicker piece of meat was a good idea: the brisket was juicy, full of flavour, with a nice smoke taste. Could have been a bit more spicy, but that’s more my personal preference. In any case, this style of brisket is something to smoke again.